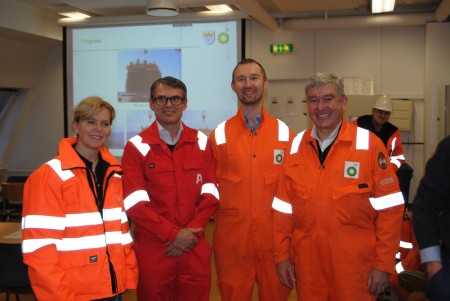 The new fabrication contracts have a total estimated value of 430 MNOK and Agility Subsea Fabrication will provide Manifolds, Foundation Structures and Well Jumpers for the next phase of a project under development in the Caspian Sea.

Purchasing activities will start immediately and the fabrication for the next phase is planned to start early in 2016. The final delivery will be completed in the summer of 2019. The total weight of the delivery is 3,600 tons.

ASF is also involved in the first phase of this same project and work is well underway on site in Tønsberg. The first deliveries of equipment have already been made.

As a result of the long and close cooperation between TechnipFMC and Agility Subsea Fabrication, TechnipFMC has also awarded ASF the Fabrication Contract for Subsea Manifolds and Integrated Foundation Structures for a project on the Norwegian continental shelf. The TechnipFMC contracts will help secure employment at ASF’s sites in Tønsberg and Røra for 2016 and most of 2017.

ASF has also signed a two-year Frame Agreement with TechnipFMC in which ASF will offer fabrication services to TechnipFMC worldwide. This is an important agreement that underscores ASF’s position as a world leading subsea fabricator of high-tech systems.