New Contract in the Norwegian Sea 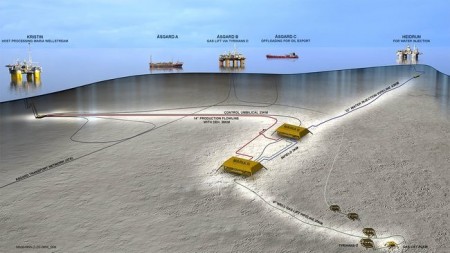 Agility Subsea Fabrication AS (ASF) has been awarded by TechnipFMC the contract for fabrication of two complete subsea manifold systems for Project in the Norwegian Sea.

The work will be performed at Agility Subsea Farication`s sites in Tønsberg and Røra. ASF has previously delivered a significant number of large subsea structures to TechnipFMC.
Planned construction start is July this year and the first deliveries will be April 2016 and with final delivery March 2017.
This contract will secure a good base load for the company in 2015/2016.