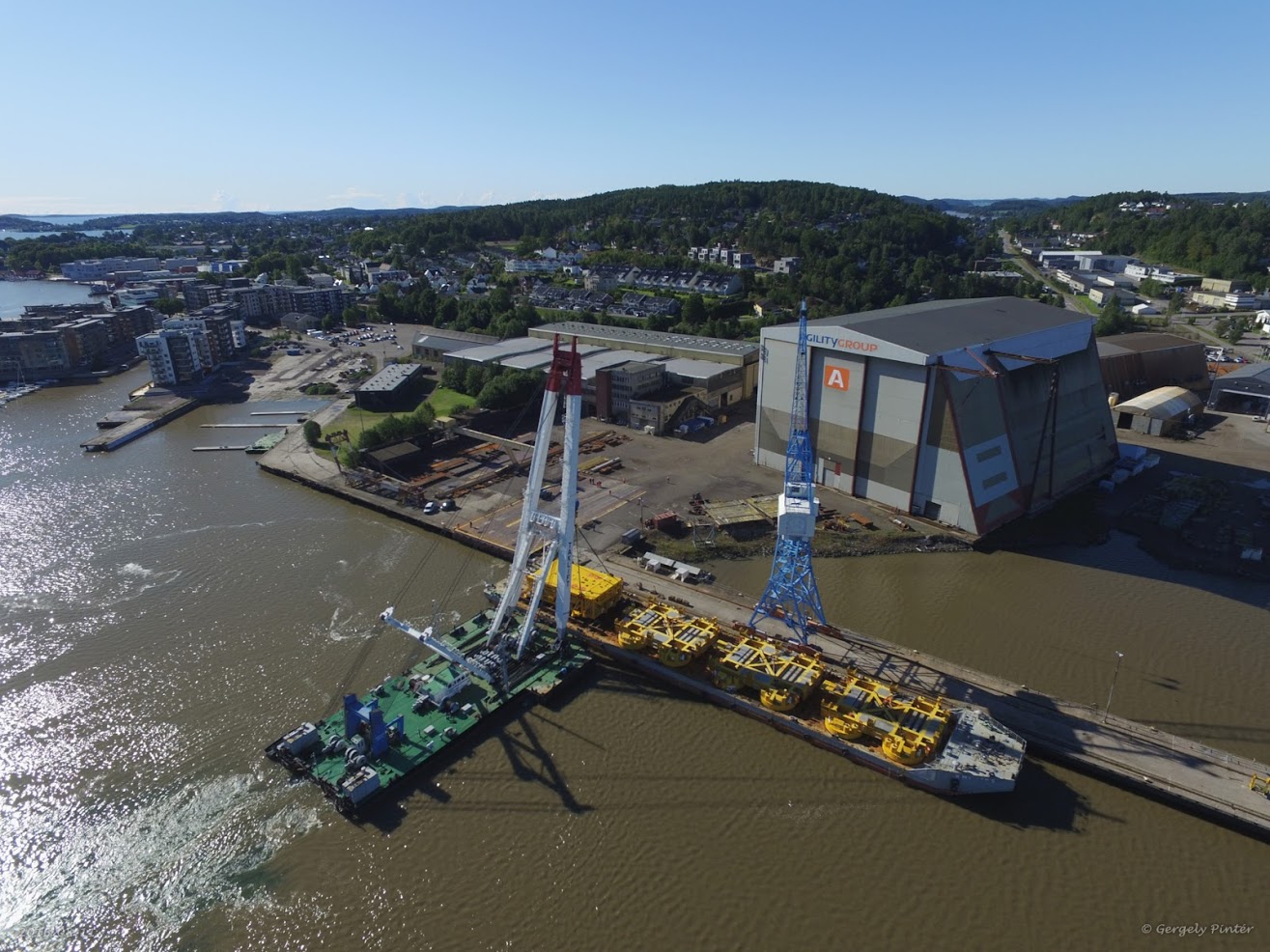 Agility Subsea Fabrication in Tønsberg, has during August delivered close to 2000 tonnes of subsea equipment to the BP Shah Deniz project in Azerbadjan.
Five foundation structures and two manifolds has been lifted onboard special barges suitable for voyage on the Volga River to the Caspian sea.
The structures have been fabricated and tested at the facilities in Tønsberg.
At a later stage, the structures will be installed on the sea bottom, and producing gas for Europe for future decades.
BP has expressed their gratitude to both teams in TechnipFMC and ASF for the combined effort of «on-time» delivery.

ASF has yet to deliver eight manifolds and one foundation structure.